Bach Dang Giang relic site is a special historical place. It is located before the Trang Kenh mountain and look at the majestic nature places as river, sea, hill, plain,...

The worship places of national heroes

The first temple to visit and offer incense is the temple of King Le Dai Hanh, who recreated the second victory of Bach Dang in 981. The temple was built to commemorate the merit of the King and his generals who has merit of "Khang Tong and Binh Chiem", to build Dai Co Viet standing by Dai Han.

The temple gate is a four pillars designed in the palace style by monolithic green stone with intricate carvings. At the temple gate are two elephants lying on either side as if to keep the king was rested forever.

500 meters from King Le Dai Hanh Temple is the temple of Duc Thanh Tran Hung Dao - who led the brave army and people to fight and defeat the Mong - Nguyen invaders on the Bach Dang River. Bach Dang Great Victory in 1288 smashed the malice of invading our country and the dream of world domination of the Mong-Nguyen empire, opening a brilliant Dong A culture.

Following the main path continues to lead visitors to King Ngo Quyen temple. This temple is located in the middle of the tree forest in Trang Kenh valley, next to the Bach Dang estuary. The temple was built in commemoration of his great merit in the Great Victory of Bach Dang in 938, to defeat the Namn Han army, to end the thousand-year rule of the Northern feudal empires, opening a real independence era and durable of the Vietnam.

The first image which visitor can see as the Ngu Mon gate. This gate is made by large green stones and finely carved. On the stone piece has two parallel sentences about the merits of King Vuong Ngo Quyen.

There are 3 statues of famous kings and generals, they are standing majestically on the historic estuary and look at the Bach Dang River

The President Ho Chi Minh Temple is one of the special places in the relic site. Tourists come here to pilgrimage, to pay tribute to the heroes and to pray for health, peace.

A series of artifacts, models symbol for culture – history

Bach Dang Giang relic area not only has beautiful temples, pagodas, landscapes but also the constructions serve the sightseeing, experience and where inter-grate learning activities for tourists.

Each year, the relic welcomes dozens of student groups in particular and thousands of tourists in general to visit and learn about national history. Come here is the ideal way to learn history because there is a combination of theory and practice. In particular, the stake yard on the Bach Dang River right next to the monument of the three national heroes has brought the most realistic image to visitors, to clearly understand the battles to against the invaders of our fathers.

Bach Dang Giang relic is one of the few tourist places that successfully implemented "3 no", including: no trade, no charge, no waste. Thanks to this principle of "3 no", the relic has brought a true peaceful cultural and historical space.

Mr. Xuan Minh - a tourist coming here shared: “I am very impressed with this relic because there are free drinking water in every worshiping place and stone benches to rest. There is no charge here, including parking fees, and there are no common problems like towing sales, litter indiscriminate waste. Come here, I not only feel a calm soul and gentle mind but also understand many historical stories and lessons that are existing in the constructions of this relic”.

The cultural constructions related to the Bach Dang Giang victory seem to partly reflect the magnitude of three naval battles in history. This place is not only a spiritual destination that attracts a lot of tourists from all over the world, but also a place to visit the scenery in search of a sense of security, temporarily away from the busy daily life. 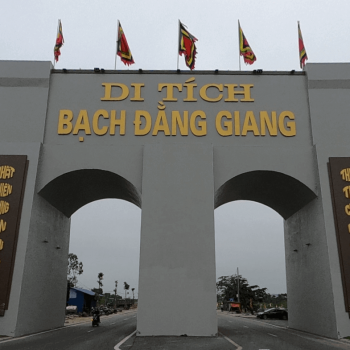 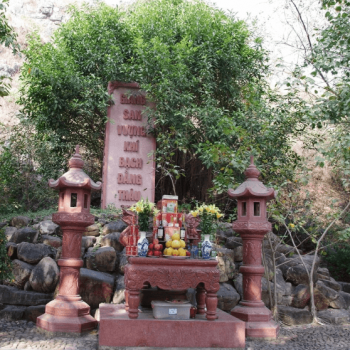 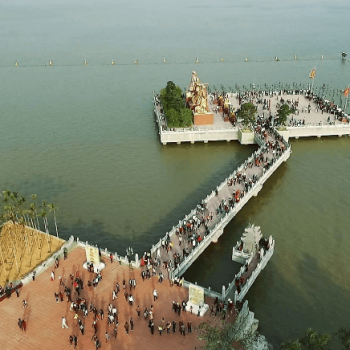 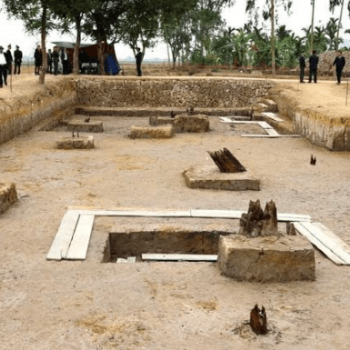 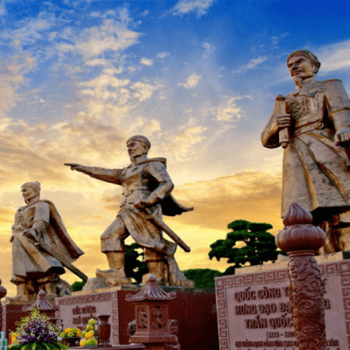